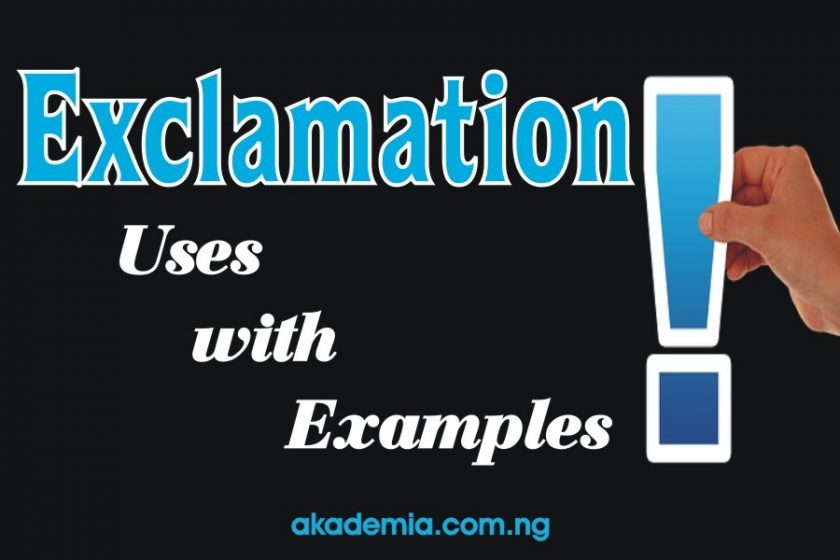 What is an Exclamation Mark?

Use of Exclamation Mark

The exclamation point follows an expression of surprise, anger, admiration, pain, etc. which may or may not be a full sentence.

It is used after emphatic interjections (Wow! Ouch! Help! What!) and statement that are indeed exclamatory.

Let us illustrate all the above with some examples:

It should be noted that we do not use exclamation mark except the sentence or expression is truly emphatic.

Used for Effect in Creative Writing or Informal Letters

The exclamation point may be used for effect in creative writing or informal letters; but should not be overused. For example:

However, we do not normally use the exclamation mark at all in formal writing. In addition, the mark should never be immediately preceded or followed by a period; that is, a full stop.

But, as stated above, we may occasionally use it with a question mark in informal letters or e-mails to indicate exasperation or disbelief, especially in posing a rhetorical question:

What is Exclamatory Sentence

I am certain you have gained some useful insights in this post Exclamation Mark – Definition, Functions with Examples. You can check out other punctuation marks that I have also put together for your reading pleasure. Do not forget to share this knowledge and connect with us on our Social Media platforms. It is just a click away. See you around.