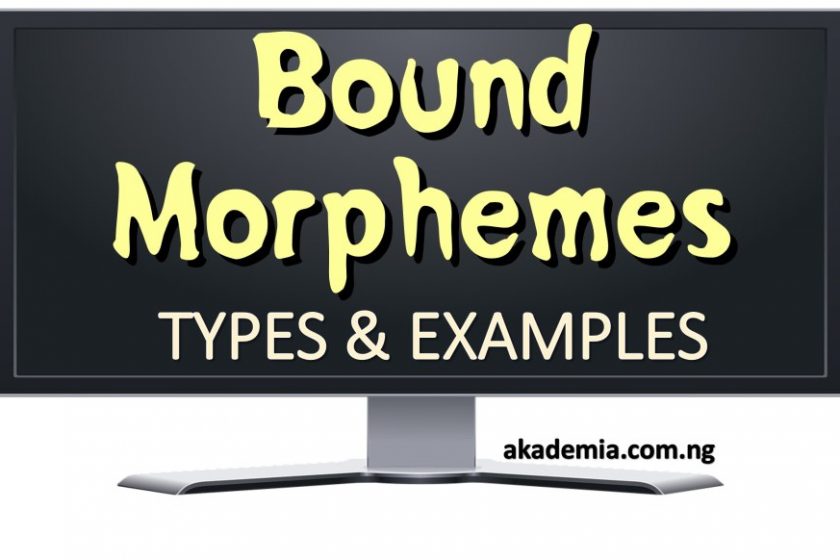 A derivational morpheme, as the name suggests, derive, create or form another word from the word to which it is added. It is often used to make words of a different grammatical category (word class) from the stem or root or base word. Examples of Derivational Morphemes include:

These are used to indicate aspects of the grammatical function of a word. They carry grammatical information and do not change the meaning of words in which they occur neither do they change their parts of speech. If they are verbs, for instance, they remain as verbs, unlike the derivational morphemes.

Nouns can be inflected for possessive or genitive case. Examples:
• He bashed Olu’s car.
• Can I get David’s number?
• The passenger’s seat is filled up.

They can also be inflected for a marker of plurality. Examples:
• Table – tables
• Knife – knives
• Lorry – lorries
• Tomato – tomatoes

Adjectives can be inflected for comparative and superlative forms.

NB: All inflectional morphemes that we list above are suffixes.

Note that most of these inflectional suffixes do not change the word class; they only inflect the words for the grammatical categories listed in the table above.

Definitions of Morphemes: Types and Examples

Types of Morphemes: Free and Bound