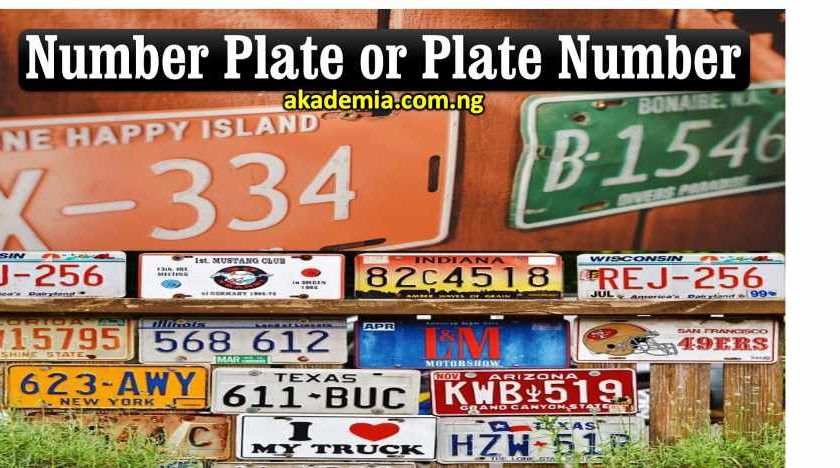 Before telling you which is correct, either Number Plate or Plate Number, you need to know that for many people, especially in Nigeria, where we have English as our Second Language and we strive hard to learn to speak it like the native speakers, the use of certain expressions give them a bit of linguistic challenge when it comes to lexical choices. One of these is how to describe Vehicle Registration Plate. Some call it ‘number plate’ while others believe it is ‘plate number’.

So based on this definition, it is “number plate” in the British English, which Nigeria’s English patterns after. In the American English, a globally accepted form of the English, the correct terminology is “license plate”.

Therefore it is correct to say “number plate” and not “plate number”. This is because the referent here is the “plate” and not “number”. One of the numerous definitions of the word ‘plate’ sees it as a “domestic hollowware that has any of gold, silver, or other base metals as its material of making or plating”.

So the word ‘plate’ is the head noun which has been modified by another noun performing the role of an adjective, ‘number’. A number plate is, therefore, the sign(s) or symbol(s) or markings that we fix on vehicles (front and rear) and which shows the registration number of the car. You can also call it License Plate, based on American English if you choose to; but henceforth, do not ever call it ‘plate number’. It is Number Plate. Would you be kind enough to inform someone what you have just learned? Read other posts on our other categories: Common Errors and Grammar!