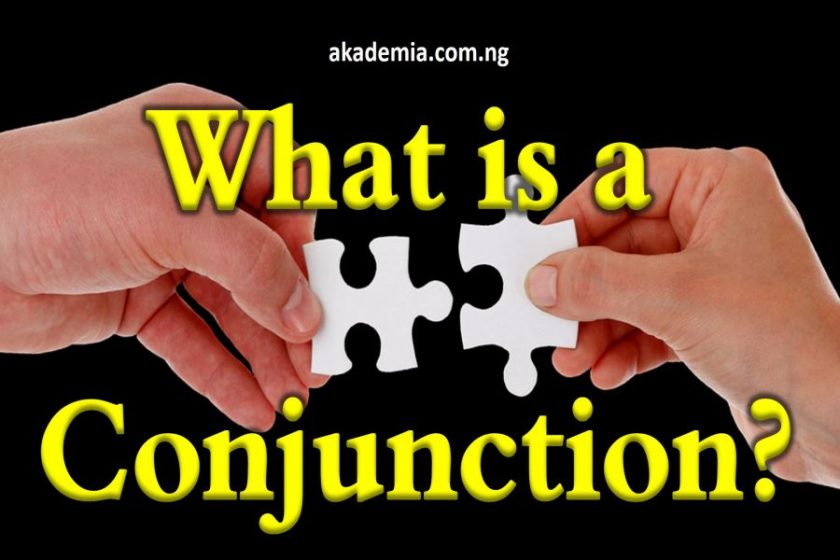 What is a Conjunction?

There are different types of conjunctions in English as listed below:

A coordinating conjunction is also called a linker. In English, there are three (3) coordination conjunctions: they are: ‘and’, ‘but’ ‘or’ and these linkers must not be used anyhow. ‘And’ usually signifies addition, ‘but’ stipulates contrast, while ‘or’ indicates choice/alternative.

It is imperative to state at this point that coordinating conjunctions are not part of the words, phrases, clauses or sentences they join or connect, hence the name linkers. Their purpose is to link items of equal grammatical status together. The coordinators in English can be syndetic or asyndetic. A syndetic coordination deals with linking two equal grammatical units with an overt coordinator as in:

But in asyndetic coordination, an overt coordinator is not used to link two equal grammatical units together. See these examples below:

Some other scholars agreed that these types of conjunctions exist. They share a bit of similarities with the coordinating conjunctions, though they are not exactly coordination conjunctions. Examples include: as well as, as much as, along with, together with, rather than, etc. We should note that they are usually separated by comma from the rest of the elements in the sentences where they occur. See their usage in the sentences below:

Looking at the examples of semi-coordinating conjunctions above, we see that they are parenthetical; in other words, their removal will not structurally or semantically affect the sentences in which they appear.

Some scholars believed that these two words, ‘still’ and ‘yet’ are part of the coordinating conjunctions, but really, they are not. A better description for them is marginal conjunctions. Examples include:

However, we cannot use these two marginal conjunctions together as some people do. It would be ungrammatical to say:

* She read for the exams still yet she failed.

If you enjoyed the post ‘What is a Conjunction’, read more on other Parts of Speech.