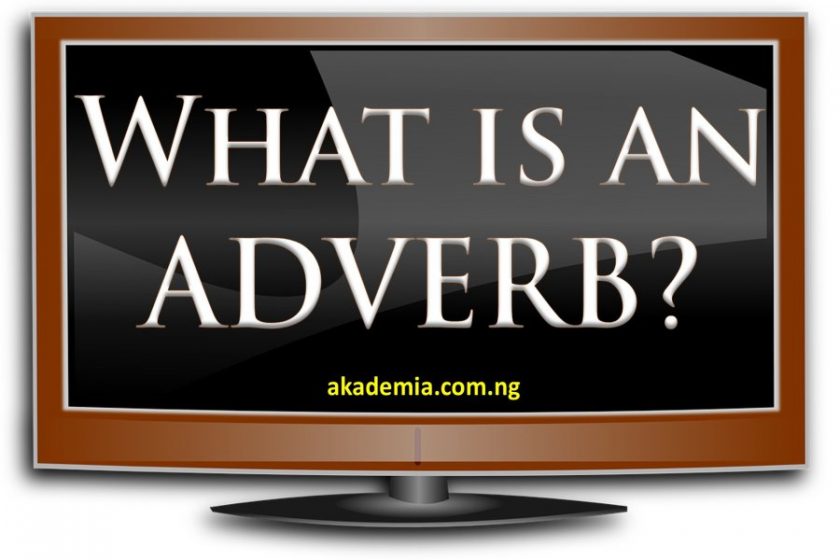 This post on What is an Adverb discusses another major member of the English Parts of Speech. Adverbs belong to the Open Class in the Parts of Speech. Here, you will learn the definition of an adverb, its forms and formation and other Parts of Speech it modifies.

This is one the Parts of Speech that belongs to the Open Class. An adverb is a word that modifies (make partial change to) other Parts of Speech or words to which they apply in a sentence, especially a verb since they limit the words in some ways and make them more specific.

An adverb modifies, that is, adds to the information we have about a verb, an adjective and another adverb in a sentence. It extends the frontiers of the meaning of a verb, telling us more about the manner of the action, the place of the action, the time of the action, the degree of the action, etc. Adding ‘swiftly’ to ‘climb’ as in They climbed swiftly up the hill limits the verb ‘climb’ since all other forms of ‘climb’ such as ‘slowly’, ‘lazily’, etc. have been discarded.

The main function of adverbs is to modify verbs. This shows place, time, manner, degree, reason, purpose, condition, result, frequency, etc. of the action described by the verb. It answers the questions that have to do with where, when, how, why, to what extent, to what degree, on what/which condition, etc.

Adverb as a Modifier of a Verb

Examples showing this include:

In any sentence, an adverb is an optional element. A sentence is complete in meaning without adverbs.

As a Modifier of an Adjective

As a Modifier of Another Adverb

As a modifier of a prepositional phrase

More Examples of the different Forms of Adverbs include:

Another post has been dedicated to closely examine different types of adverbs with copious examples. In the post, you will also learn the special adverbs that are used in English. See Types of Adverbs. It is a good read.