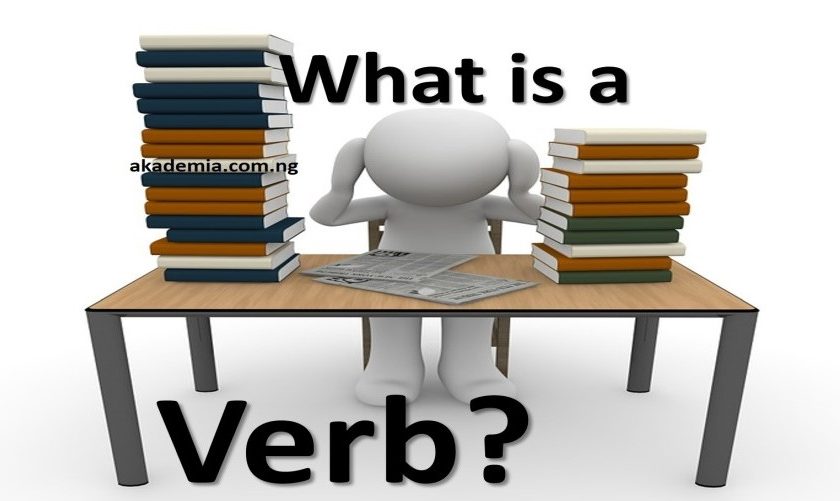 Here we will examine an important Part of Speech which I personally consider the most important one – verb. What is a Verb? Before we get to answer that, consider this short pithy lines by R. Buckminster Fuller, a U.S. architect, designer and inventor in his work, ‘No More Secondhand God’…

Here is God’s purpose –
for God, to me, it seems,
is a verb,
not a noun,
proper or improper.

He considers a verb so important that he feels God is a verb.

What is a Verb?

A verb is the Part of Speech that is often referred to as the ‘doing’ word. It can be defined as any word that expresses an action or a state of being of the noun or pronoun. It can also be described as the word in a sentence that is most concerned with the action and is usually essential to the structure of the sentence; in other words, it is the most important element in the structure of a sentence. All other sentential elements are optional but a verb is very compulsory.

There are different types of verbs in the English Language, but they can be broadly categorised into two major types or categories. These are:

These are verbs that are used in forming tenses, moods and voices of other verbs. They help the main verbs to function. They can be classified into two types:

Examples of Auxiliary Verbs include: