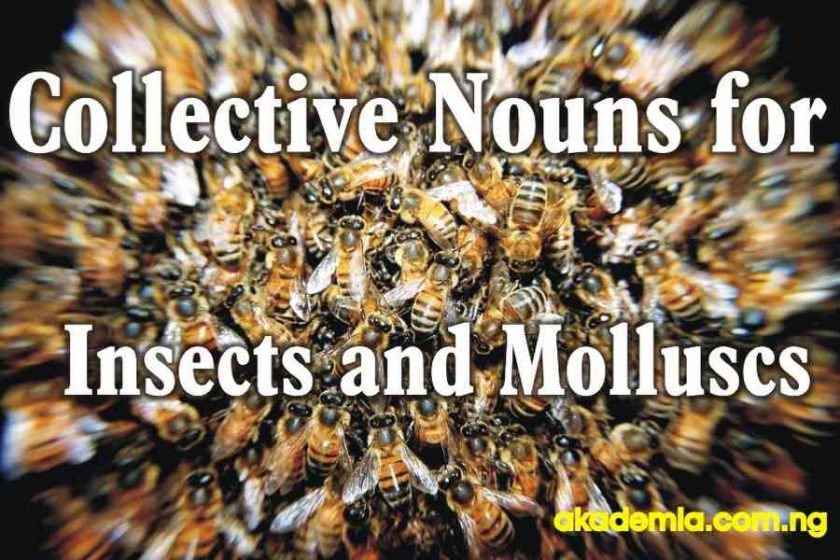 I am sure you know there is no end to learning. We have discussed what a noun is and the various types of nouns. We even examined nouns and their plural forms. Under the types of nouns, we mentioned collective nouns. But the list was not exhaustive. I have, in this post titled, Collective Nouns for Invertebrates (Insects and Molluscs), sourced and listed the various collective nouns used for invertebrates. Do enjoy. Remember to share and send in your comments.

For the purpose of simplicity and clarity, the collective nouns for invertebrates have been categorised. Here we go…

Description of Weights and Measurements in English

Clichés and their Meanings

Amazing Facts about the 7 Continents of the World