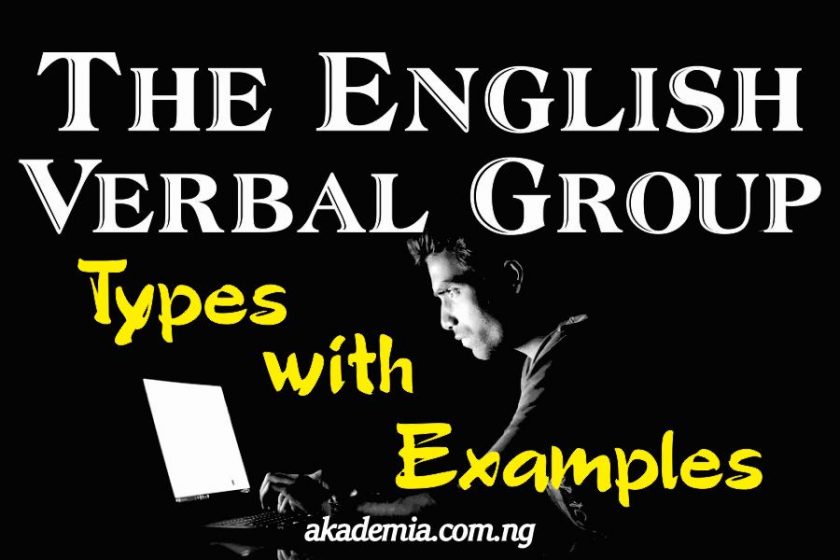 The verbal group is another interesting group in the English Language. Everything about the verbal group rests solely on the versatile Part of Speech, the Verb.  The post, The English Verbal Group (Types with Examples) explains the different structures of the verbal group and the various types of verbs that exist in English.

What is a Verbal Group?

Like I pointed out above, the structure of the verbal group basically admits the auxiliary and the lexical elements. However, it also admits some other elements such as listed below:

Negation is the operation of changing a sentence or other unit into its negative form, especially by using ‘not’. The normal form of negation in English is to add not or its contracted form (n’t) after the operator; that is, after the first auxiliary verb or the finite verb ‘be’. In the examples we use below, (a) represents ‘auxiliary’, (n) means ‘negator’ and (l) stands for ‘lexical’. Consider the following:

Introduction of the Verb DO

In the absence of an operator (modal auxiliary or non-modal auxiliary), we introduce one of the primary auxiliary verbs, specifically, the verb do.  For instance:

We normally use the contracted negative forms in an informal style, mostly in conversation. The contracted forms include: isn’t, aren’t, wasn’t, weren’t, hasn’t, haven’t, hadn’t, doesn’t, don’t, didn’t, won’t, shan’t, can’t, mustn’t, wouldn’t, shouldn’t, couldn’t, and mightn’t. There are some operators that we have no negative form for e. g. may not (though mayn’t is in some written expressions, it is hardly used in speech) and am not. So we have to use their expanded forms.

Encarta Dictionary has this to say about ain’t: “Ain’t is one of the most informal verb contractions in English, and its use in formal contexts may be criticized because it is associated with careless speech. It is, however, accepted in folk and popular song lyrics, show titles, direct quotations, and fictional dialogue. Otherwise ain’t is best avoided, except as a deliberate rhetorical device and in allusive expressions such as ‘You ain’t seen nothing yet.’”  Read more about Modal Auxiliary Verbs and Non-Modal Auxiliary Verbs.

We can replace ‘ran over’ with another lexical verb and the meaning is not lost. E. g.

If we delete ‘away’ it does not affect the sentence; in this regard, it is not a particle but an adjunct. Once the preposition can move, it becomes an adjunct. E. g.

‘After’ is a particle to the verb ‘looked’.

‘Aside’ is not part of the lexical verb.

I have written extensively on Phrasal Verbs. See the post 550 Phrasal Verbs in English. Many cannot make a clear distinction among these prepositional concepts which I have written on in separate posts, do well to check each of them out:

Other examples of catenative verbs include:

In the examples above, these words: kept, got, keeps, continue and manage are lexically empty.

It is another detailed discussion on the English verbal group! I have written also on other groups in English. See the Nominal Group and the Adverbial Group. You can also see different Types of Verbs that we have in English. It would be great if you take a look at these posts and share within your circle of influence. Thanks for always reading Akademia! See you around!